Following UK government advice, we have now made the difficult decision to postpone our upcoming productions of Orfeus and Conundrum.

We ask you please bear with our small, but brilliant Welcome Team as they deal with booking enquiries.

As a charity, we rely on ticket sales for a substantial portion of our income, and the insecurity ahead is a huge worry for those who work for and with us, as it is for the theatre sector as a whole. Therefore - if you can afford to - please consider donating the price of your ticket, or another amount however large or small, to the Young Vic. 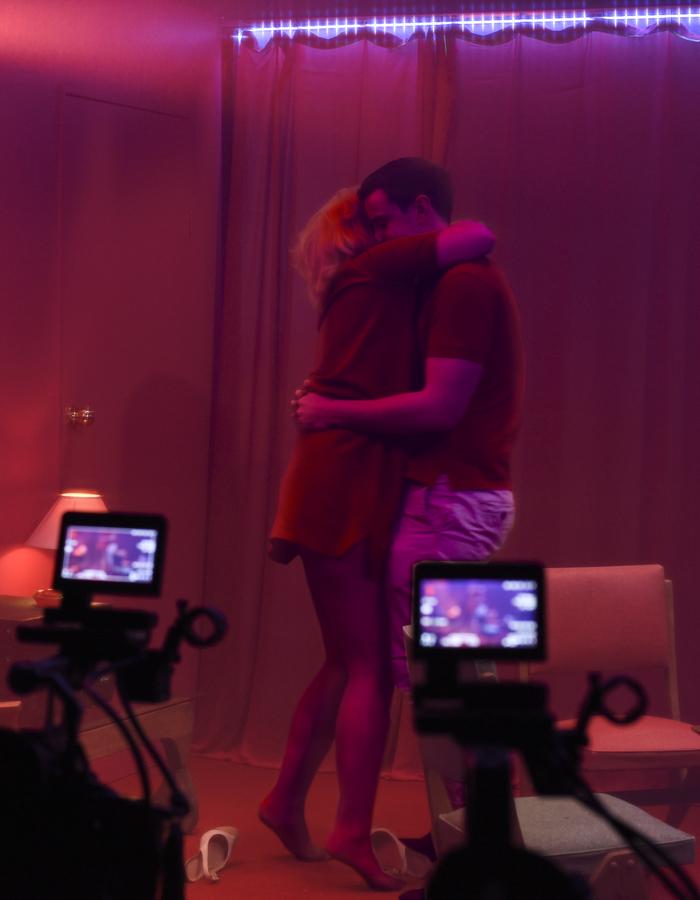 A Young Vic and LIFT co-production

Dates and Tickets to be announced

In their first collaboration since 2014, the Young Vic co-produce with LIFT, as part of Kris Nelson’s first festival as Artistic Director, to bring an exciting new production of this internationally-acclaimed 24-hour feat of endurance performance and live cinema to London.

Virginia waits. The door opens. Marty enters. Virginia has some things she needs to say. But how will he respond?

In a brilliant concept inspired the 1977 John Cassavetes film Opening Night, created by an all-female-identifying and non-binary team who capture and mix the action live from multiple cameras, 100 different men are invited to star opposite ‘Virginia’ who performs the exact same scene again and again, for a full 24 hours. At the conclusion of each scene, the man must make a stark decision. The wait for what comes next becomes a brilliant binge-worthy spectacle.

None of the 100 different Martys have met or rehearsed with Virginia. Many of them are non-actors, and while the presence of each new man shifts the meaning of this intimate exchange, it’s the recurring, unnerving yet familiar moments that shock. Whether you choose to stay for an hour or the whole 24 hours, the precarious nature of gender and power relationships will continue to circle in your mind long after you leave your seat.

★★★★★ 'Utterly compelling. A demonstration of the power of formal experimentation and a stunning creative feat.' - The Guardian, praise for The Second Woman at Liveworks Festival, Sydney 2017

Be the first to hear about announcements or production news:

Sign up to The Second Woman email list, and we'll keep you informed and up to date with the latest news about the show.